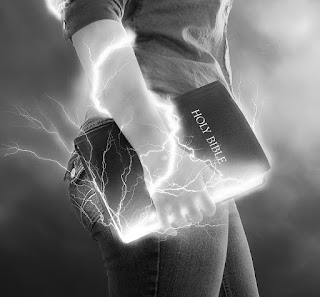 When General Brian Peddle calls The Salvation Army to‘confidence in the gospel’(1), it could also be a call to all believers in the Christian Church. Paul’s credo confirms the power of the gospel:

For I am not ashamed of the gospel, because it is the power of God that brings salvation to everyone who believes: first to the Jew, then to the Gentile.
Romans 1:16

However, faith works through many stages.

In the story about the woman who had been sick for twelve years (2), it is easy to see several of these stages. First, we read that ‘she heard about Jesus’. Again Paul confirms that ‘faith comes from hearing the message, and the message is heard through the word about Christ’ (3). Further we learn that ‘she thought’. This is an important stage, because it means that what you hear, needs to be implemented in your life, and the woman thought: “If I just touch his clothes, I will be healed.”

However, if it stops there, it just remains a nice and comforting thought. Fortunately, the woman took the next step and acted on her faith, she came up behind Jesus in the crowd and touched his cloak.

She experienced immediate healing, however once again: if it had stopped there, it would only have been a healing.

Jesus knew this. That is why I think he wanted her to come out publicly. I believe that Jesus knew who had touched his clothes, but he would hear it from the woman’s lips. A very important stage of faith is to confess the faith and that which has happened. Even though trembling, the woman was also ready to take this step and she ‘told the whole truth’.
‘Confidence in the gospel’ – means to act in accordance with it all the stages mentioned above. It is a matter of salvation; it is a matter of bringing life.

The Gospel is bringing life!

—————————————–
(1) A CALL TO CONFIDENCE IN THE GOSPEL: As we share the good news of the gospel, we must recognise its power for salvation and transformation. Through the power of the Holy Spirit, people can be released from everything that stops them reaching their God-given potential.
(2) Mark 5:25-34
(3) Romans 10:17
Bringing life